The Joyous History of Public Parks in the Midlands

Recently British Vogue called the park bench an ‘unexpected hero’ of the pandemic, offering friends a spot to meet and single people a place to date.

Never have public parks meant more to us than during coronavirus restrictions. They've facilitated social contact outside of our household bubbles, provided space to exercise and fresh air – the very services they were created to perform at the time of their inception in the early years of the Victorian era.

From around the 1840s onwards, designated green spaces were the answer to the rapid expansion of towns and cities. Prior to mid-19th century, public parks as we know them did not exist, although there were public walks, pleasure grounds, and public access to Royal Parks. 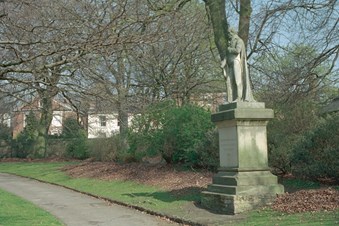 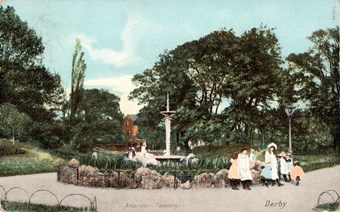 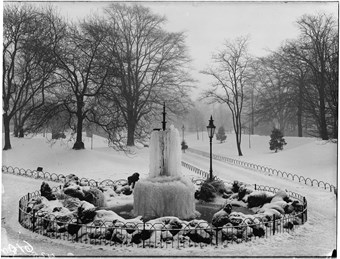 As the industrial revolution took hold, concerns grew about urban overcrowding and the condition of the poor and the public parks movement was born. In 1840 Grade II* Derby Arboretum was one of the first parks opened for the specific benefit of the public.

The Arboretum was designed by influential landscape designer John Claudius Loudon for Derby mayor, philanthropist and radical social reformer Joseph Strutt. Loudon was one of the leading advocates of public parks. When it first opened it charged admission fees, although Strutt insisted on free access on Sunday afternoons and at least one other day a week. 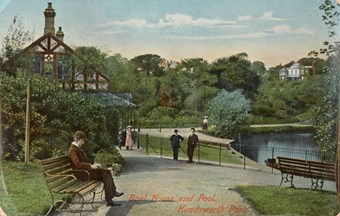 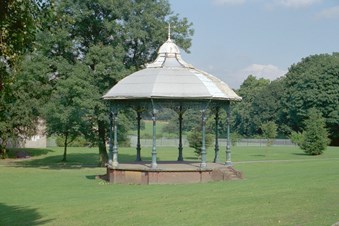 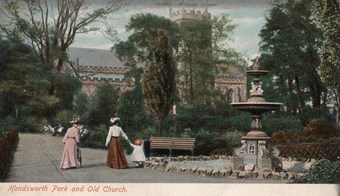 Many public parks were adapted from earlier pleasure grounds and adjacent land was purchased to provide more green space. Grade II Handsworth Park, in Birmingham, is a lovely example of this. It was originally called Victoria Park, and opened in June 1888. It has the key features of a Victorian public park, including a bandstand, drinking fountain, areas for recreation and a lake.

From boats to baristas

Lakes and water features were particularly popular within park landscapes, and the boathouse became an essential piece of infrastructure. Many of these buildings have since been redeveloped into cafes, as is the case at the Grade II* Hanley Park, Stoke-on-Trent.

In 2015 it was awarded a £4.5 million National Lottery Heritage Fund grant for its restoration and as part of this work the disused boathouse has become a café. The park originally opened in 1897, on land in a former industrial area, and is almost unchanged from the one laid out by its designer Thomas H Mawson. Mawson was a notable garden designer, landscape architect and town planner of the Arts and Crafts movement, and this was his first commission for a public body.

Commissions to design public parks were coveted, and the leading landscape architects were called upon to lavish the same attention on these sites as the grandest of private gardens. In 1882 the Grade II* Abbey Park, Leicester, opened near to one of the town's most crowded districts.

It was designed by William Barron, who was known for his work on the grounds of Elvaston Castle, Derbyshire, the seat of the Earls of Harrington (now a Country Park). The park contained a botanical garden, where young men were given lessons in botany. The park was extended in the 1920s to include the ruins of St Mary's Abbey, a scheduled monument, and Cavendish House.

Alongside offering fresh air, recreation and entertainment, many parks also provided spaces for learning and often educational purposes were designed into the schemes. The Grade II* Highfields Park, Nottingham, was opened in 1923 and designed by Percy Morley Horder.

It was created on part of the land that was previously the Highfield estate and purchased by Sir Jesse Boot with the plan to develop it into a factory complex and community similar to Bourneville. When this plan fell through Boot, who made his fortune in pharmaceuticals, instead developed it into East Midlands University, now Nottingham University.

There are public parks that originated out of formerly private estates, and one such example is Grade II Warley Park in Sandwell. Known as ‘the people’s park’ with a patronage from the actress Julie Walters, it was farmland administered by Halesowen Abbey before it was transferred to the Warley Estate.

The estate was then purchased by the local community with help from Birmingham City Council. It was opened in 1906 as a public park, with the estate house Warley Hall still standing. Unfortunately, the house was demolished in 1957 but one can still see the remains of its kitchen garden.

The Best of England’s Post-War Parks, Gardens and Landscapes Protected