Today is the birthday of Antonio Sant’Elia, born April 30 1888. This Italian architect is most associated with the Futurist movement. Futurism's influence can be seen in many buildings across Birmingham’s urban landscape.

The futurist movement was started by the poet Filippo Tommaso Marinetti. He published his 'Manifesto of Futurism' in February 1909, encompassing painting, music, writing and architecture and calling on artists to celebrate the modern city and reject tradition.

Concept for a new city

Antonio Sant’Elia (1888-1916) turned away from Art Nouveau to design schematic monuments, movie theatres, massive railroad structures and power stations. A project for a new city, 'La Città Nuova', depicted huge skyscrapers and aerial walkways. His brief career was cut short when he was killed in the First World War.

It was only in the 1960s that Sant’Elia’s visionary drawings of monumental urban buildings began to be recognised. In British architecture schools his bold towers, pylons and ‘A’-framed megastructures provided perfect imagery for the concrete Brutalism of the day.

How Sant’Elia and the Futurists would have loved post-war Birmingham, with its fast new ring-roads lined with modern buildings. We know that Sant’Elia had a connection with Birmingham prior to this. Birmingham entrepreneur Oscar Deutsch, founder of Odeon Cinemas, commissioned the architects Harry Weedon and Partners to design his picture palaces in the 1930s - with the city's Kingstanding one influenced indirectly by Sant'Elia's work.

Sant'Elia's monumental drawings had some influence on the modern cinemas built in Germany in the 1920s. These in turn caught the imaginations of Weedon’s young assistants Cecil Clavering and Robert Bullivant, designers of the Odeon at Kingstanding (listed Grade II), one of their first collaborations from 1935.

Images of the cinema from when it opened in 1935 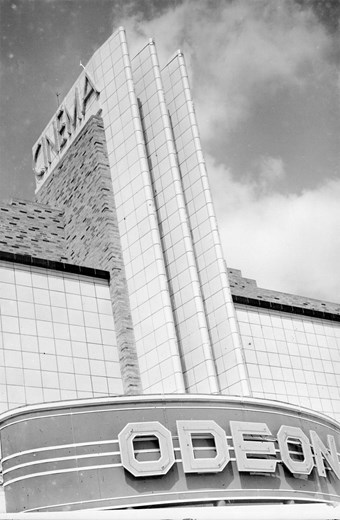 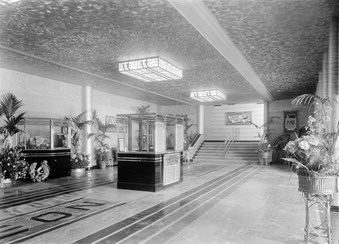 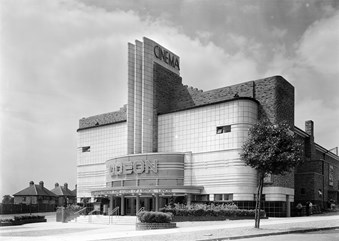 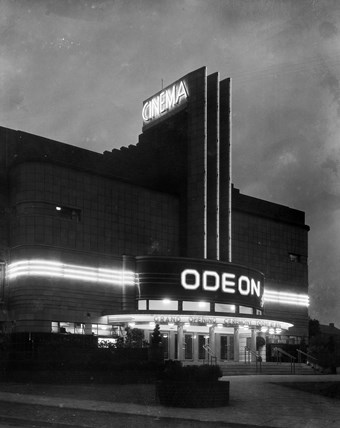 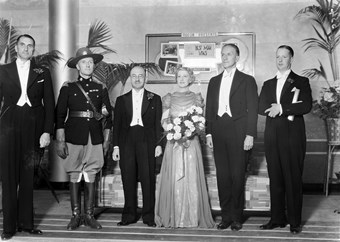 The demolished Central Library by John Madin and Partners had the monumentality and bold geometry that made Sant’Elia’s drawings so memorable, even if its direct sources were the work of architects Leslie Martin, Denys Lasdun and Le Corbusier.

The signal box at New Street

The Futurists would have meant nothing to the architects Bicknell and Hamilton, who gave their sources as Frank Lloyd Wright. And yet their Grade II signal box of 1964-6 outside New Street Station has some Futuristic qualities in its rugged grandeur and uncompromising materials. It still operates as a signal box today.

The movement had a later renaissance, known as neo-Futurism, inspiring architects, and industrial designers such as Syd Mead, who created the sets for Ridley Scott's 1982 'Blade Runner' movie.

And in Birmingham and across the world there is a renewed interest in post-war architecture.

The 20th Century Society says that in recent years it has seen a rise in youthful Brummies embracing post-war architecture with the establishment of Brutiful Birmingham and the Birmingham Modernists. The hashtag #brutalism, on Instagram alone has over 700,000 images. Once more Futurism is being associated with a younger generation.

Get to know Brutalist architecture

Inspired by a utopian vision for post-war England, it is loved and loathed, revered and reviled, but what is Brutalism?