A collaborative project remembers the work of Harold Wingham, an unsung hero of aerial photography.

The recent death of aerial photographer Harold Wingham has motivated a collaboration between some of his former associates and the Historic England Archive.

In November 2021 the Historic England Archive, responsible for the curation of major collections of national importance covering archaeology, architecture, social and local history, learned of the recent death of Harold Wingham, a ‘shy, modest and self-effacing man’ who had ‘made a unique contribution to the archaeology of Gloucestershire and far beyond.’ (Private correspondence).

Harold Anthony Wingham was born at Calmore in the New Forest in 1924. During the Second World War he served in the Royal Air Force as a wireless operator and trainee navigator. After the war, Harold compiled weather reports for the Ministry of Civil Aviation in Gloucester and later worked for the Gloster Aircraft Corporation.

He took flying lessons and learned photography, paving the way for him to become ‘one of the unsung heroes’ of aerial photography (Hall 1997).

Harold took encouragement from the archaeologist Osbert Guy Stanhope (OGS) Crawford, pioneer in the use of aerial photography for archaeology. Harold acquired government surplus camera equipment and film and began recording the archaeology and architecture of the West Country, covering sites in Cornwall, Devon, Gloucestershire, Herefordshire, Worcestershire and Wiltshire.

Sadly, Harold’s commitment to taking photographs from the air came to an end in 1963 after he witnessed an air crash that killed his pilot, a close friend. However, this didn’t curtail a passion Harold had for airships, which he promoted as a more stable platform for aerial photography and archaeological survey. Harold conceived a design for a two-man airship, which he worked on from 1961 until the project came to an end in the mid-1970s.

Harold retained a keen interest in archaeology and was a founder member of the Gloucester and District Archaeological Research Group (GADARG), later Gloucestershire Archaeology. It was through his associations with the group and the Cranham Local History Society that the Historic England Archive learned of Harold’s death. We are now working closely with his friends and associates to commemorate Harold by working together to create online displays of his aerial photography.

The Harold Wingham Collection of Aerial Photographs (HAW01) is celebrated because of the quality of the imagery and because of its mix of architectural, archaeological and industrial subjects, and its views of villages and towns in the early post-war period.

The collection comprises almost 2,000 photographic negatives and corresponding photographic prints. It is divided into eighty-six flights, which were flown between April 1951 and July 1963. Harold used hand-held Williamson F24 and Fairchild K20 aerial reconnaissance cameras, which could produce images with excellent resolution, hence the quality of detail captured in the photographs.

Writing from Cheltenham Aero Club, Harold first contacted the National Buildings Record (NBR), one of the Historic England Archive’s predecessors, in 1957, following a recommendation from OGS Crawford. The offer of aerial photographs of ‘big houses, castles and similar subjects’ was initially met positively by the NBR and a set of samples sent by Harold the following year were described as ‘excellent’. Consequently, a request for fifty-one of Harold’s prints was made and the collection initiated.

Around the same time, Harold contacted Paul Popper Ltd Photographic Agency, who also described his photographs as ‘excellent’ and who were keen to build up a collection of Harold’s views of country houses, castles, towns and archaeological sites. Harold was to receive 50 % of any fees received and Popper would also make contributions to flying costs.

A taster of the Harold Wingham Collection 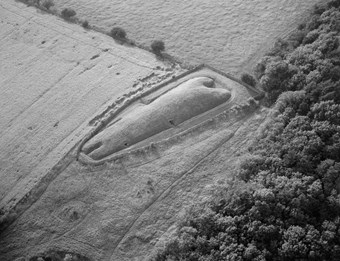 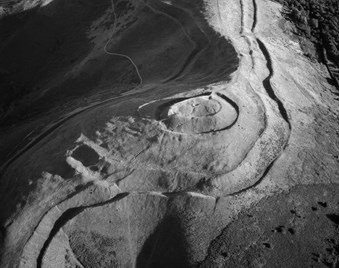 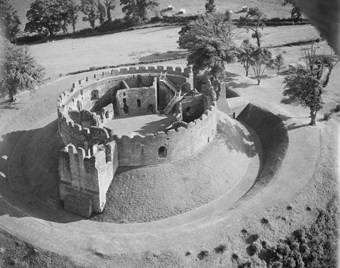 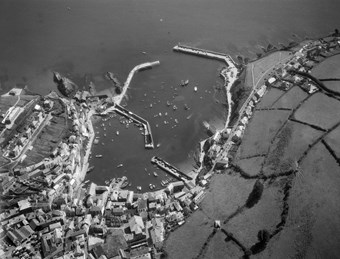 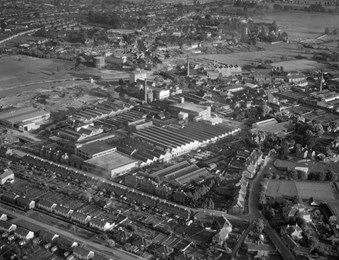 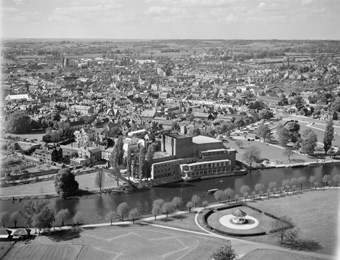 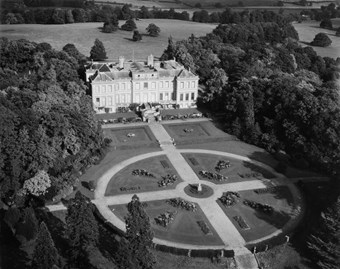 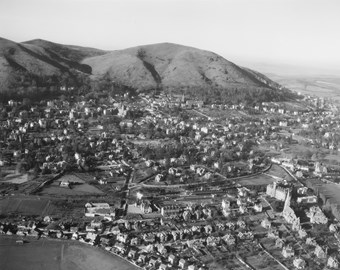 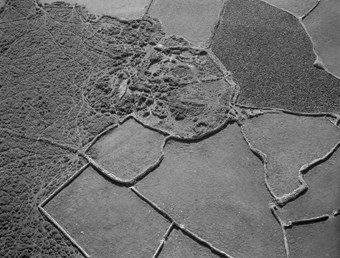 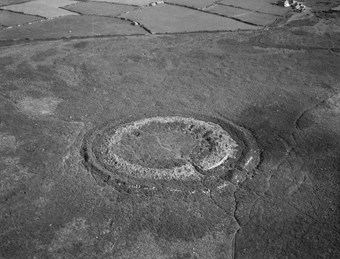 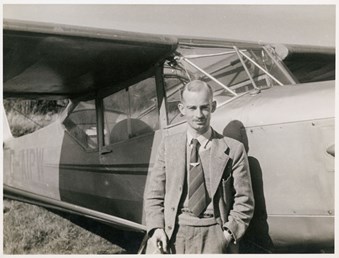 Over the course of the next few years, the RCHME made copies of around 1,700 of Harold’s photographs and donations of negatives were made to the RCHME in 1991 and 1998. In 1996 Harold gave the RCHME camera equipment that had recently been on display to the public at the National Monuments Record Centre in Swindon.

Co-creating an exhibition through Active Participation

Historic England’s Future Strategy 2021 outlines three areas of focus, one of which is Active Participation, which aims to work together with more people to champion the historic environment.

The strategy encourages collaboration with others to shape projects, to exchange stories, and to involve people with different skills and perspectives. The decision to commemorate Harold’s work online has given us the opportunity to put this into practice.

Co-creation works like this in the project: one party, the Archive, is providing information, resources and access to an online platform, whilst Harold’s friends and associates are proposing display themes, selecting images to illustrate each theme and providing text for the captions. We are also hoping to utilise some more personal anecdotes to give the content a more intimate touch – something that only close friends and associates can offer.

For several years, Historic England has had a presence on the Google Arts & Culture platform, which showcases the collections of some of the world’s most well-known cultural organisations. It was decided that this would be a suitable place to create an online display of Harold’s work.

During the process of image investigation, three broad themes have been identified, each roughly equating to around one third of the content of the collection: earthworks, architecture and industrial. The aim now is to produce three Google Arts & Culture stories so that the collection and Harold’s work can be better represented.

Work is now under way to make a final selection of images and to draft text using the specialist knowledge of a wider group of people in the Gloucestershire archaeology community.

The future of the collection

All 1,983 photographs in the Harold Wingham Aerial Photography Collection have been digitised and catalogued. It is hoped that in the near future, all will be made available to view online and be added to Historic England’s new Aerial Photography Explorer application.

Our project to celebrate the Harold Wingham Collection demonstrates some of the core principles of Active Participation – inviting people to shape projects; connecting people by exchanging stories, knowledge and ideas; involving people with different skills, and equipping people with information and resources.

We hope that the results of our co-creation and collaboration will be a fitting tribute to Harold Wingham and his outstanding photography.

Description
Gary has worked for Historic England and its predecessors for over twenty years. Working in various teams and departments, Gary has worked on projects to record prisons, law courts and the seaside, and to create exhibitions based on Archive collections. Gary has recently returned to the Historic England Archive to promote its collections and create content for a variety of audiences.

Wingham, H, 1970 ‘Airships and Archaeology’ in GLEVENSIS The Gloucester and District Archaeological Research Group Review, No. 5, 2-7