Skip to main content
Share this page
Share
Preston War Memorial, Market Place, Preston, Lancashire, upgraded to I. Preston lost around 2,000 men during the First World War, including soldiers of the Preston Pals. This memorial, rising above the heart of the city, was designed by the eminent architect Sir Giles Gilbert Scott- also the designer of the red telephone box. © Historic England

Battle of the Somme Memorials Listed

To mark 100 years since the Battle of the Somme, 15 memorials across the country which commemorate those killed in one of the worst battles of the First World War have been listed or upgraded by the Department for Culture, Media and Sport on the advice of Historic England.

The worst day in the history of the British Army

The first day of the battle, 1 July 1916, is known as the worst day in the history of the British Army as nearly 60,000 British men, all volunteers, were killed, wounded or listed as missing. The Somme ended on 18 November 1916; by then there had been over 400,000 British casualties for a maximum advance of only 8 miles.

The battle affected communities large and small across the land and our war memorials remember these terrible losses. Among the 7 newly listed and 8 upgraded memorials are several in Yorkshire and the North West commemorating the bravery of Pals Battalions.

These were formed of men who signed up together and fought together, having been promised that they could serve alongside their friends, neighbours and colleagues.

Most of the Pals Battalions didn’t see major action until the Somme where many suffered heavy casualties. Towns and cities, even particular streets, lost large numbers of men, which had a huge impact on communities across England.

Among the memorials newly upgraded to II* is Accrington War Memorial in Lancashire. The terrible losses of 1 July 1916, the first day of the Somme, had a special resonance with the people of Accrington: nearly one-third of the town’s servicemen died on that day alone.

Within half an hour of going over the top on the morning of the 1st, most of the 720 Accrington Pals had been killed or injured.

Percy Holmes, the brother of an original Pal recalled, “I remember when the news came through to Accrington that the Pals had been wiped out. I don’t think there was a street in Accrington that didn’t have their blinds drawn, and the bell at Christ Church tolled all the day.” 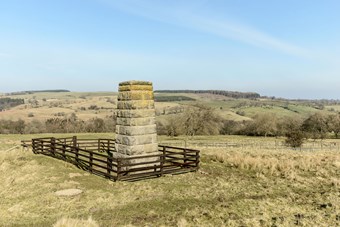 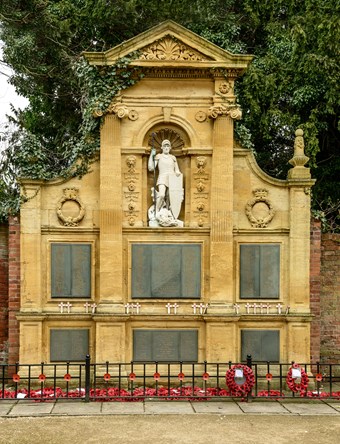 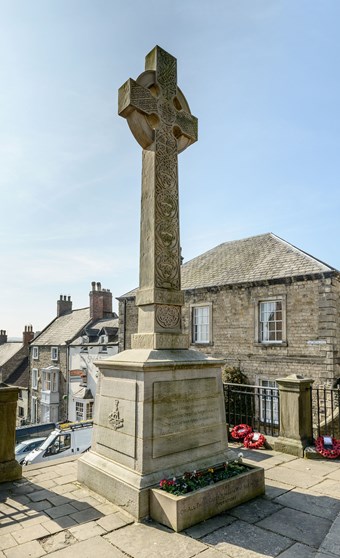 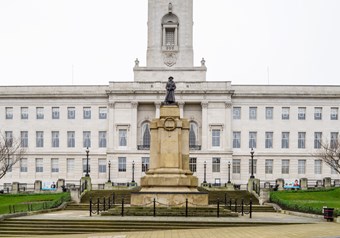 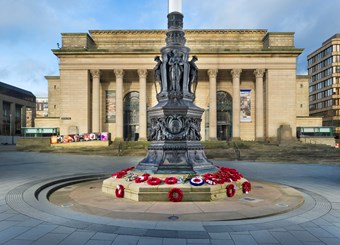 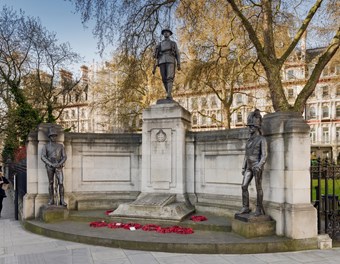 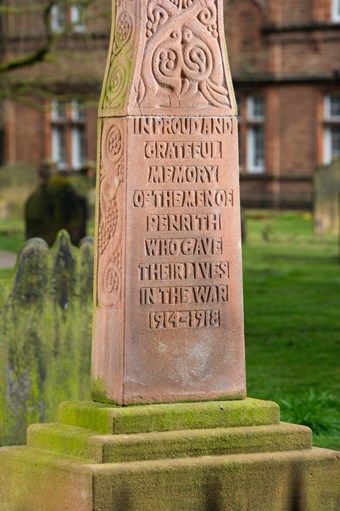 Memorials to the fallen

Among the newly listed at Grade II is the Commondale Shepherd’s Memorial on the North York Moors. This simple, rough-hewn stone marker unusually commemorates just two individuals: Robert Leggott and Alfred Cockerill were boyhood friends and shepherds working on the moorland near Commondale.

They signed up together in 1914, though Leggott, just 17, lied about his age to enlist. He was killed at the Battle of the Somme in September and his body was never found.

Cockerill was injured in the head at Ypres and brought home, having developed epilepsy. He died in 1920 and his ashes are thought to have been scattered where the monument now stands- remembered as the boys’ favourite spot on the moors.

One of the more unusual new listings is Carlton Colville Scouts Memorial in Suffolk, listed at Grade II. The memorial marks the grave of seven men, including four teenaged Scouts, who were killed in a sailing accident on the River Waveney in 1914.

The sole survivor, Stanley Wood, later died at the Battle of the Somme on 19 July 1916, though his body was never found. Stanley’s name was added to the Scouts Memorial so he could be commemorated beside his friends.

First World War and Heritage Minister David Evennett said: "These memorials are a poignant reminder of those who lost their lives in the Battle of the Somme 100 years ago and an important part of our heritage.  It is only right that they are protected to ensure that we continue to remember the sacrifices made during the First World War."

Roger Bowdler of Historic England said: “Important as it was for wearing down the enemy, the battle of the Somme demanded a terrible price in lives lost from across the land. Alongside the Thiepval Arch on the battlefield, newly listed and upgraded memorials remind us of how communities at home paid tribute to those they had lost.”